Fighting against factory farming since 1967

Around two in every three farm animals are factory farmed (that’s over 50 billion every year!). Factory farming exploits animals, cramming them together and abusing them in an effort to boost productivity. As a result, billions of animals endure short, miserable lives in factory farms.

Compassion supporters have already improved the lives of millions of farm animals. But there is still so much more to do. 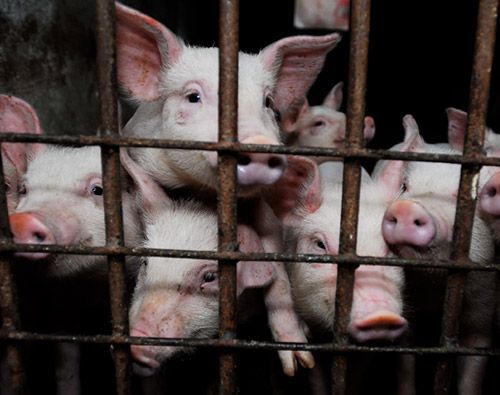 – on issues like live transport and calling for an end to practices that cause unnecessary suffering to millions of farm animals.

– winning new laws to protect farm animals from cruelty. We have already achieved landmark bans on the barren battery cage for hens and narrow veal crate across the European Union.

– some of the world’s biggest food retailers, producers and manufacturers to bring better lives to millions of farm animals every year.

Putting an end to the biggest cause of cruelty on the planet won’t happen overnight – but we won’t stop until every farm animal is treated with compassion and respect.